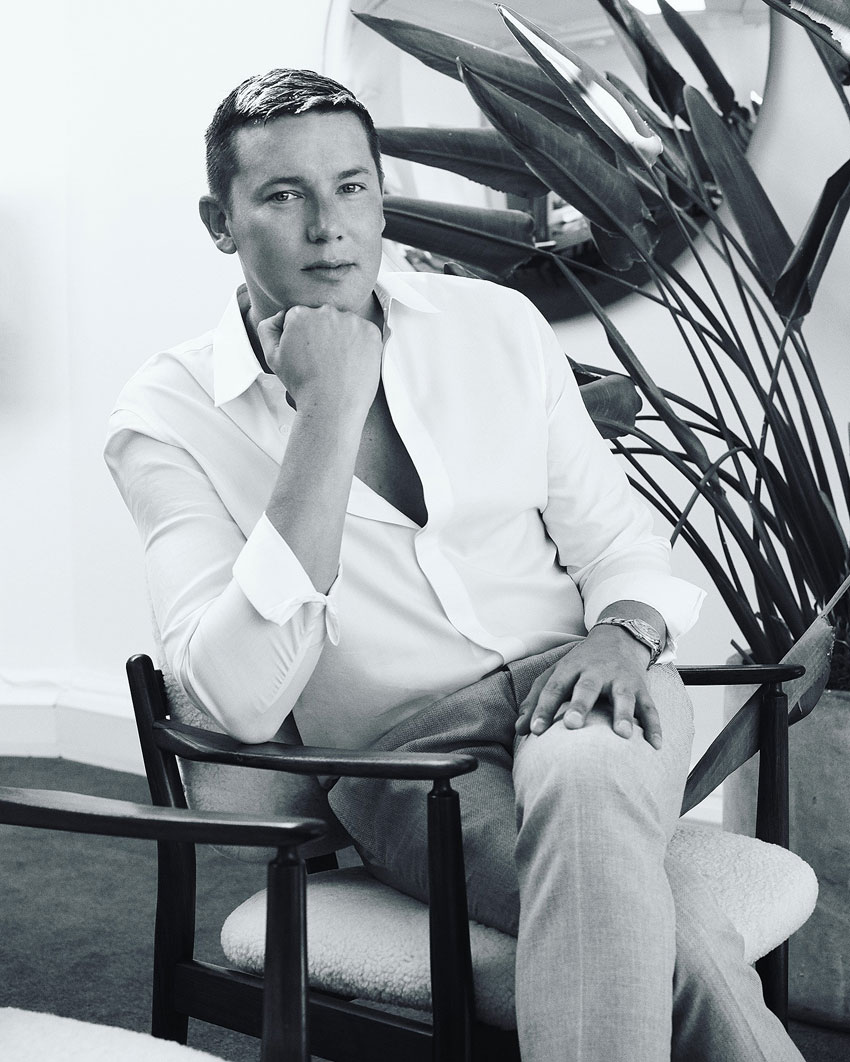 Phillip Bodenham was born in Cheshire, United Kingdom and started out as a creative. Having painted all his childhood, he attended Manchester Metropolitan University Foundation Art Degree before applying to Photography at St Martins in London.

Before commencing University he took a gap year and at 19 visited Sydney, Australia where he started working at Versace in Communications.

On his return to London he worked at YSL in communications, which had recently been acquired by Tom Ford’s GUCCI GROUP. There the foundation of his extensive contacts grew, from top editors and stylists to VIPs. The late Ed Filipowski of KCD, who was running YSL strategy alongside Mark Lee for Mr. Ford, spotted his talent and when Phillip’s Director left the company, asked Phillip to run the communications in the UK at age 21.

By this time Phillip had decided to pursue a formal degree in Marketing and as such left YSL and attended the University of Greenwich where he attained a 2.1 degree in International Marketing.

During his time at University, he worked part time at SONY MUSIC in the publicity department, working across acts such as Destiny’s Child, Macy Gray and Lauren Hill. It was there his global contacts in VIP really took off and he saw first hand the digital age coming, which happened in music long before luxury goods, and informed his approach to brand management ever since.

Stints followed upon graduation at Mulberry, heading up all their global brand marketing then HUGO BOSS, as Brand Marketing Manager UK, growing the UK business as part of the senior team from 7 to 16 stores in 3 years, tripling the UK turnover and pioneered taking the business digital, which was nascent in fashion.

It was there he realised the gap in the traditional PR agency model and started SPRING in April 2009, realising there was a place for an agency offering more coherent, modern and coordinated marketing and communications strategy.

He lives between London and LA and celebrated 20 years in the industry in 2019.